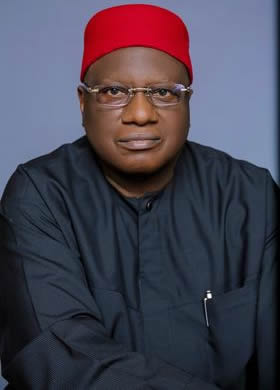 Tunde Ogbeha was born in Lokoja, Kogi State in 1947. After obtaining a West African School Certificate, he attended the Nigerian Military School, Zaria, where he obtained a Nigerian Defence Academy diploma in 1970. In 1986, he attended The Nigerian Institute of Policy and Strategic Studies in Kuru.

He was commissioned as 2nd Lieutenant into the Nigerian Army in 1970 rising through the ranks and voluntarily retiring in 1992 as a Brigadier General. On retirement from military service, Brig. Gen. Ogbeha went into private practice in the oil services industry at Keedak Nigeria Limited and served as Chairman of First Atlantic Bank. He has attended numerous professional courses both lo-cally and abroad.

He also served the public sector as a Senator from 1999-2007. He retired from public service in 2007 and established a radio and television broadcasting company Confluence Cable Network (CCN) in Lokoja, Kogi State.