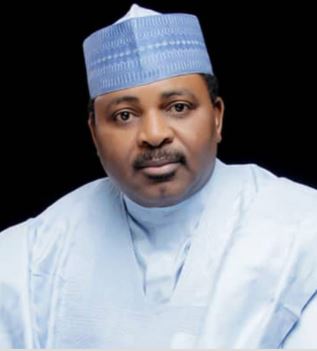 Siraj Abdullahi studied Law at the University of Sokoto. He proceeded to the Nigeria Law School and was called to the Nigeria Bar in 1987. Siraj also holds a Postgraduate Diploma in Management Sciences and Masters Degree in Business Administration from Bayero University in Kano.

Siraj started a career in Banking at Continental Merchant Bank Plc in 1989. He attended many professional courses and Training workshops in credit analysis, Treasury management and Corporate Finance. He moved to Broad Bank of Nigeria as an Assistant Manager, worked for 2 years in the Credit and Marketing Department and was the pioneer Branch Manager of one of the new branches of the Bank opened in Kano during that period.

He moved to Guaranty Trust Bank Plc in 1997. A well trained Banker and experienced credit analyst Siraj worked in the Banking Industry up to 1999 when he was appointed the Special Assistant to the Honorable Minister of Commerce. He worked with the Minister of Commerce traveling extensively with the Minister during those years attending International meetings, seminars and conferences. He represented Nigeria at several Bilateral and Multilateral trade negotiations.

In September 2001 Siraj was appointed Deputy Director in the Corporate Affairs Commission of Nigeria. Together with a New Management Team at the CAC worked tirelessly for the rebirth of a more efficient and customer friendly CAC and the new online company registration for the Commission.

He returned to the Banking Industry and to Guaranty Trust Bank as Divisional Head North West in April 2004. He was responsible for Marketing and General administration in his division. He became General Manager and member of Executive Management in 2008 a position he held until July 2013 when he voluntarily resigned to take up his current job as Executive Director in Mainstream Energy Solutions Ltd, operators of Kainji and Jebba Hydro power plants and strong players in the emerging power sector in Nigeria.